“ Yer a disgrace. “ “ Fat Shamer “ “blah blah”... quickly get the fk over that and realise I’m triggering you to educate you.

Now Hypothyroidism can absolutely contribute towards weight gain, it can slow your metabolism, fatigue you, along with a boat load of other contributing factors.

I am in full agreement of that, I fully sympathise with your situation, and I am sorry that you’re suffering.

Let me try explain this out to you:

Think of all the people in the world with a fully functioning thyroid, who are also dieting AND are also struggling to lose weight…we’re talking millions, yeah?

So that’s MILLIONS of people struggling to lose weight with no thyroid issues.

Why are they not losing?

I could go on and on with reasons.

Now at Team RH we work our ass off helping people identify the things above and how to work hard at fixing them. Now can you imagine, if that person had “thyroid issues” and they were so fking tunnel vision for that being the reason…. they wouldn’t even explore things like, tracking, activity, alcohol, etc.

And that’s why when people join and anyone gives us metabolism, medication, thyroid concerns, we still tell them to follow the same calories and same plan as some one without thyroid concerns.

And what happens every time? They lose weight.

Why? Because they’ve never been set the correct calories before.

They’ve never had some one say, you must hit your protein goal, you must eat enough fibre and you absolute must track every single fking calorie.

People fail diets all the time, and they’re always looking to blame something.

Well it’s true though ain’t it?

Think of it like this, you have hypothyroidism, the doctor (who can be shit I know) medicates you roughly the correct amount of T3/T4….

But you’re shit at tracking,
you don’t move much,
you drink too much alcohol,
and your food choices are fkn awful.

And why can’t you lose weight? Ah Yeah, that’s right your fking thyroid.

Fking bollocks. You won’t even consider looking at the other 20+ reasons.

Why? Because that shits on you isn’t it.

Just blame your thyroid! Then it’s not your fault

So whats it gonna be? Screenshot and slag me off in your thyroidUK group? Or open your fucking eyes and at least CONSIDER the possibility the reason you cannot lose weight may not be your thyroid.

Still not won you over, okay lets bring Science/ Math into it.:

Let’s say you’re 200lbs ( 14st ) if you’re doing 10k+ steps a day you can be in roughly a 1000 calorie deficit a day. Are you telling me your thyroid is so fucked it’s offsetting 1000 calories. IS IT FUCK. In reality it’s down regulated by 10/15% MAX which is nowhere near your deficit. And that’s NOT including medication countering it.

So no fking matter how passionately against me you are, or how much this fucks you off that shit is fact.

Now then, is your down regulated thyroid a CONTRIBUTING factor to your weight gain…Yes absolutely.

Is it the MAIN contributing factor, or sole reason you’re overweight….Absolutely fking not.

So what am I trying to achieve here?

Am I being a dick? Do I just want to upset you? Or have we done this for 7 years now and realised a DIRECT correlation with people who THOUGHT their thyroid was the reason they could not lose, but then realised it was something else!!!

Now how many more of you are out there? How many more lives can we change by risking a load of back lash and hate by simply asking you to CONSIDER other options.

My final plea to persuade you is this … Read the comments on this post (give it 30 mins or so) and notice how many members mention how much weight they’ve lost with us AND have hypothyroidism.

They once thought exactly as you did,
I pushed their buttons,
won them over,
they trusted us,
and now the fat is MELTING OFF THEM ALL.

We want to try help change your life for the better, and the only way we can do that is by telling you the shit you need to hear straight up, using an arseholey post to trigger you enough to read this.

You with me? My method of educating you, honestly I hate it, I hate shit it gets us, and all the aggro that comes with it.

I wish so much I could talk to you properly without pissing you off with triggery posts… but fk would you pay attention.

Get £19.99 off (No sign-up fee) on the Monthly Life Plan. Use code FUCKMYTHYROID at checkout. 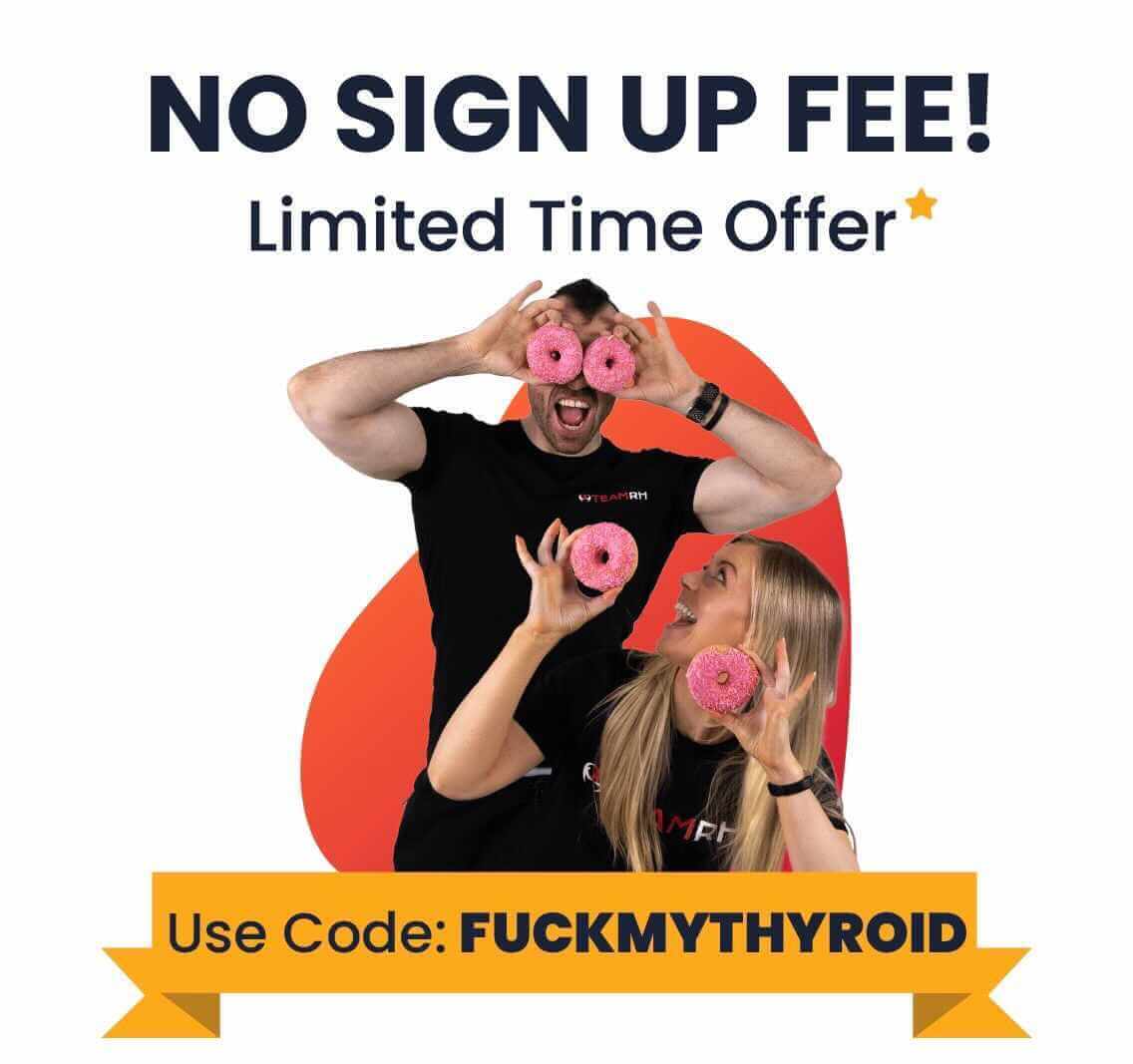